“It was fun to be recognized, but it is really a team sport. So it is awesome to accept this award on behalf of everyone that helped win the track championship,” says Lawless Alan. 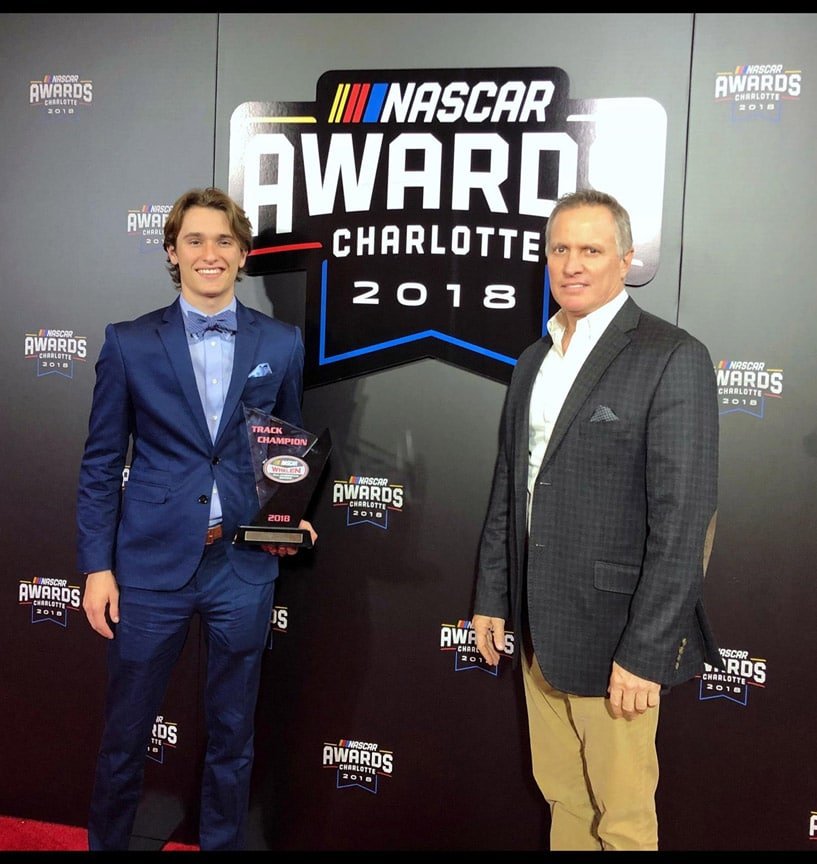 Lawless Alan and Christopher Alan at the NASCAR 2018 Awards Banquet in Charlotte, NC

Lawless will finish his first semester at the University of Alabama just in time to fly back to Los Angles to shoot his first commercial for AUTOParkit. When the 2019 Season starts, Lawless will be racing nationally in the Trans Am Series, looking to win another series championship.