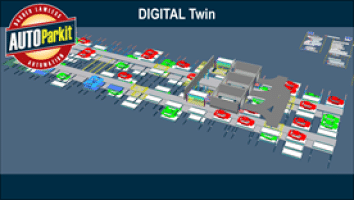 LIVONIA, MI May 15, 2019 – Abdul Mahamadi a Sr. Controls Engineer and James Sartor a Controls Engineer along with Shawn Adams VP Sales and Marketing for AUTOParkit presented the AUTOParkit Digital Twin at the Siemens Plant Simulation Users Meeting which was attended by more that 40 participants to learn about the latest advancements in building a digital twin.

Siemens has pioneered the idea of building both a digital twin for new products as well as for the manufacturing line required to build it. AUTOParkit had its first taste of integrating Siemens’ PLC Sim and Plant Sim roughly 15 months ago. The simulation was being created on a design that was already complete and well into production. Abdul and James collaborated on the approach/implementation and with the continual support from Siemens were able to create numerous scenarios to validate the Main PLC Code that is used to orchestrate  the simultaneous movement of over a dozen vehicles to complete parking and retrieval for AUTOParkit, a fully Automated Parking System. 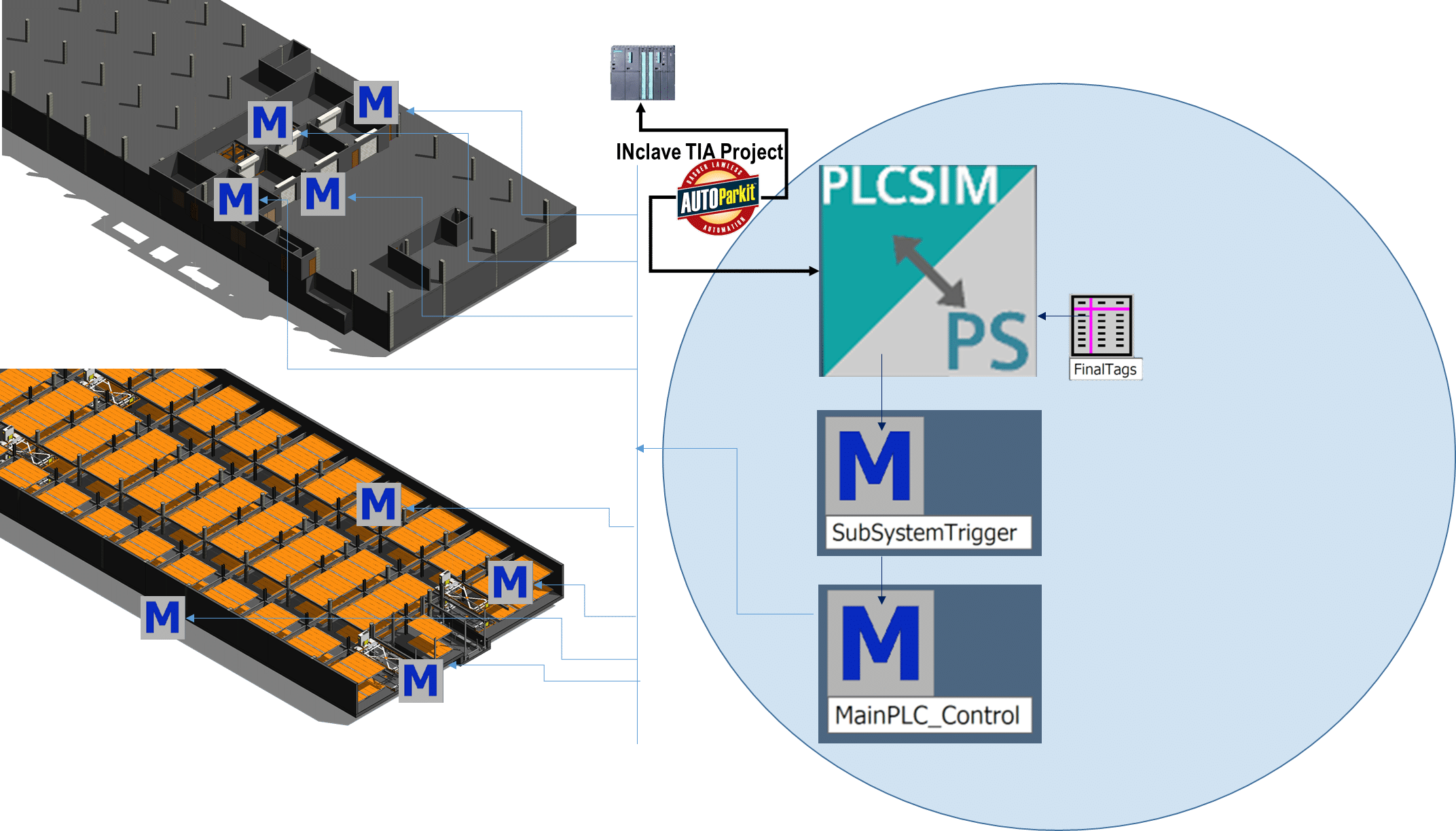 Design and Simulation are Created Long Before the AUTOParkit Installation

Mahamadi noted that, “With the Digital Twin we are able to validate the actual PLC code and make changes to start the commissioning process before we are on-site. This is a huge time saver.” Sartor provided his observation, “There was a bit of learning curve when we first got started and I would call Siemens nearly every day on specific issues that I ran into during the day. They were always ready with answers as well as advice.”

“We were excited to share what Abdul and James accomplished [simulation of AUTOParkit Digital Twin] with other attendees”, noted Adams. “And I was pleased at the interest in AUTOParkit. Parking is highly relatable experience and I am sure everyone has story on how conventional parking is frustrating which is why we remain passionate about providing a necessary alternative.”

The simulations for AUTOParkit are not just for engineering. They will be used for explaining to potential clients how the AUTOParkit works, support teams to validate performance and it is ideal for on-boarding of new employees.

“On behalf of Siemens, and the Conference attendees, I would like to personally thank you and James for a presentation grade that would typically be seen at much larger events. Evidence were the many questions and interest expressed by conference attendees both on the business of Dasher Lawless, as well as James and Abdul’s work.

I completely concur with your statements about the two ‘smart guys’ behind the technical aspects presented. Having worked with many in the past, including my own expertise, Dasher Lawless indeed has demonstrated innovation, ingenuity and skill above and beyond. Those of us who understand what Abdul and James has really achieved were certainly astonished.”