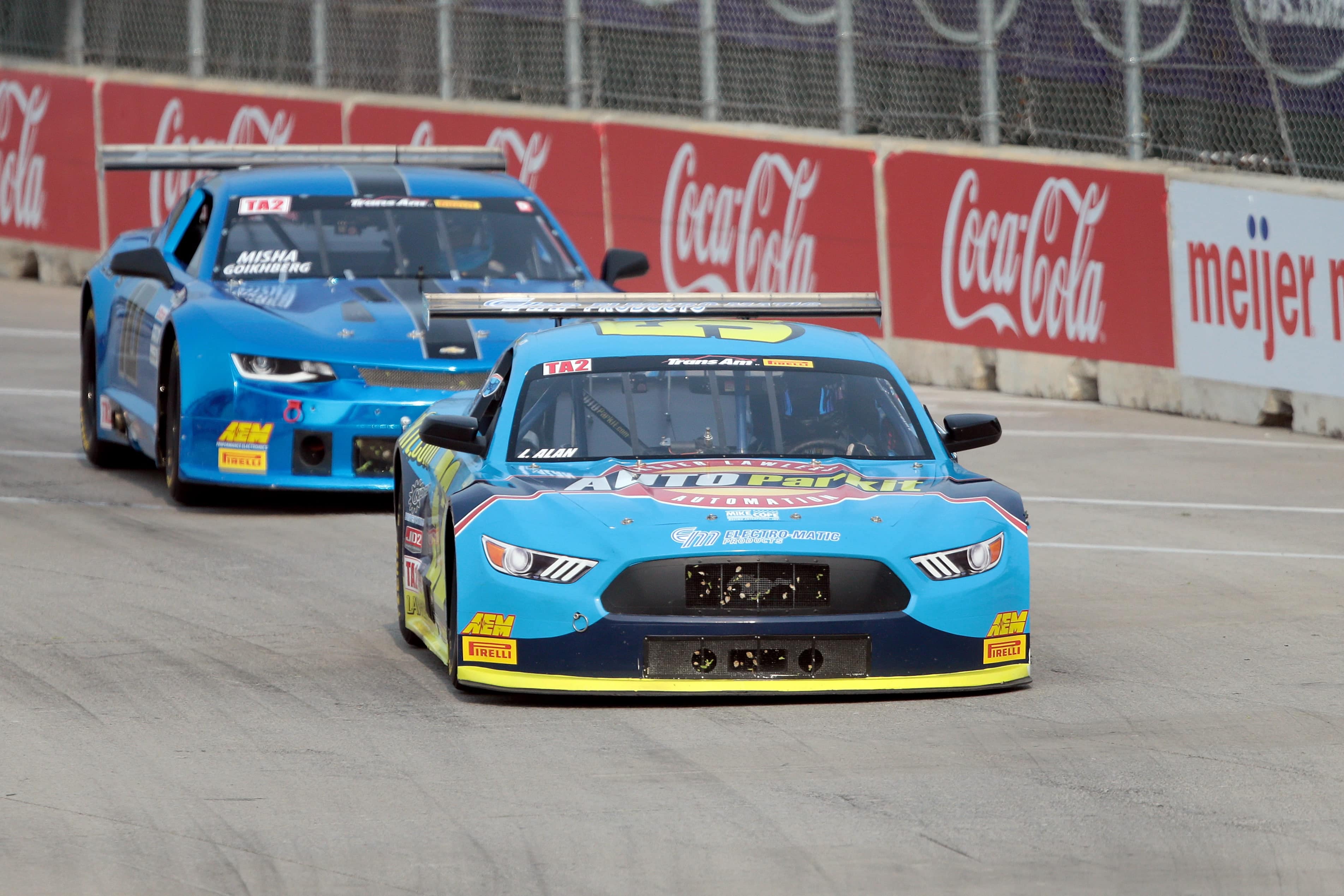 DETROIT June 2, 2019 – AUTOParkit’s Lawless Alan, driver of the #52 Ford Mustang and part of the Mike Cope Racing Team, qualified 3rd to start Saturday’s Trans Am Race sponsored by Pirelli at the Chevrolet Detroit Gran Prix presented by Lear and broadcasted nationally by NBC. Despite the dry track for the 9:00 AM start and after a record rainfall this spring in southeastern Michigan, it was not enough to overcome a rear axle failure midway thought the race. Even though the racecar did not cooperate, Lawless fought hard and managed to finish in the top 10.

After Saturday’s race, Lawless was asked if he could have finished higher despite the mechanical problems. And although he is leading in rookie points for Trans Am, he had a veteran answer. “I could have grinded more and perhaps finished in 6th or 7th place, but I have another race on Sunday. So, I wanted to take my best shot at another race”, concluded Lawless Alan. 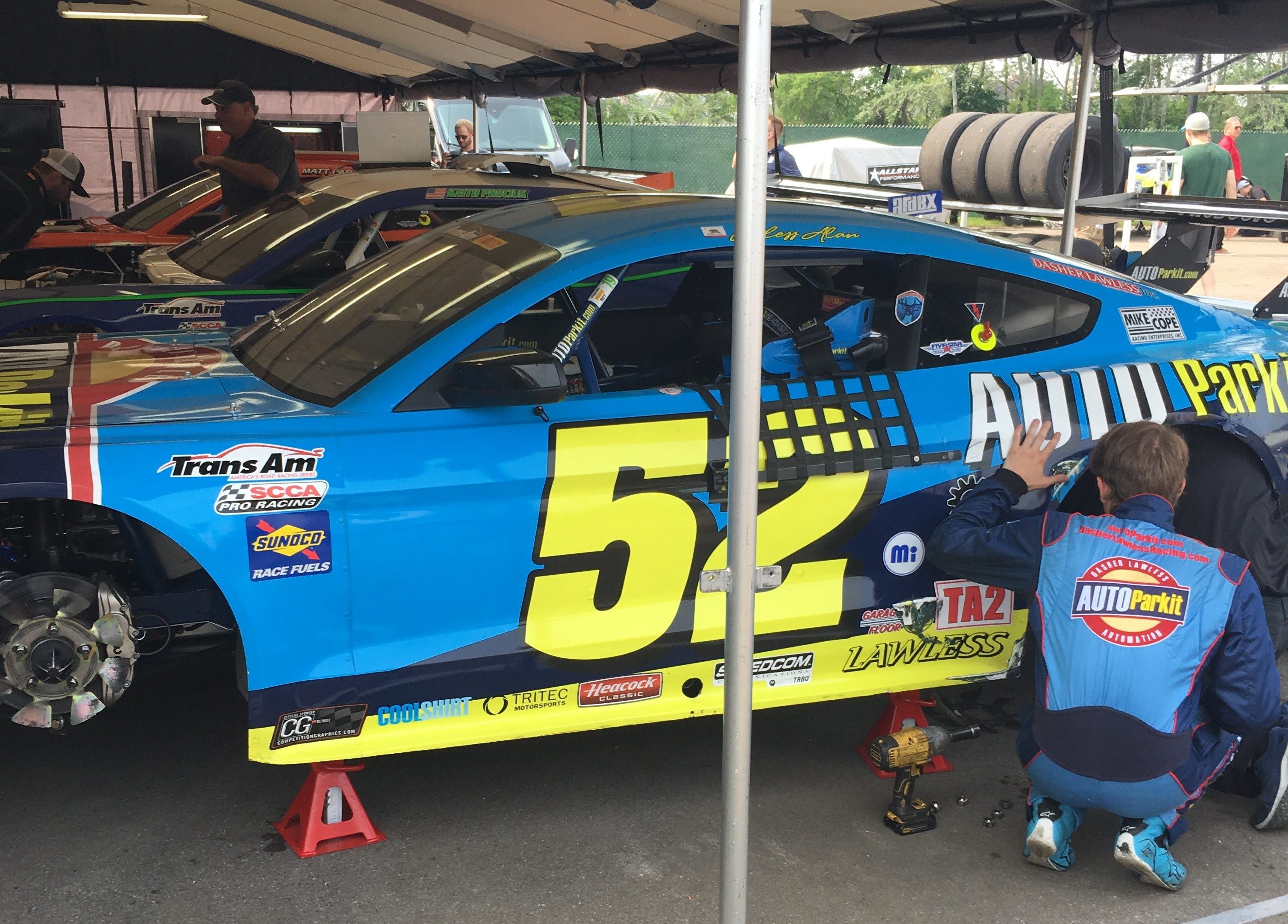 After the Mike Cope Racing Crew repaired Lawless’ Mustang on Saturday afternoon, Sunday brought the best weather of the weekend with clear skies and 70 degree temperatures. The Trans Am Race started a few minutes behind schedule. Shortly after the race started Lawless found that another driver had spun out and damaged his rear bumper. He was forced to leave the track to have the bumper cover removed. Most spectators thought he was done for the day since the race re-started and Lawless was left in the pit area. But most spectators are not Lawless Alan. He returned to the race in last place. Miraculously, he drove the damaged racecar all the way back to finish 12th. After watching Lawless compete and finish the race, the spectators were reminded that not every gritty performance ends on the podium. 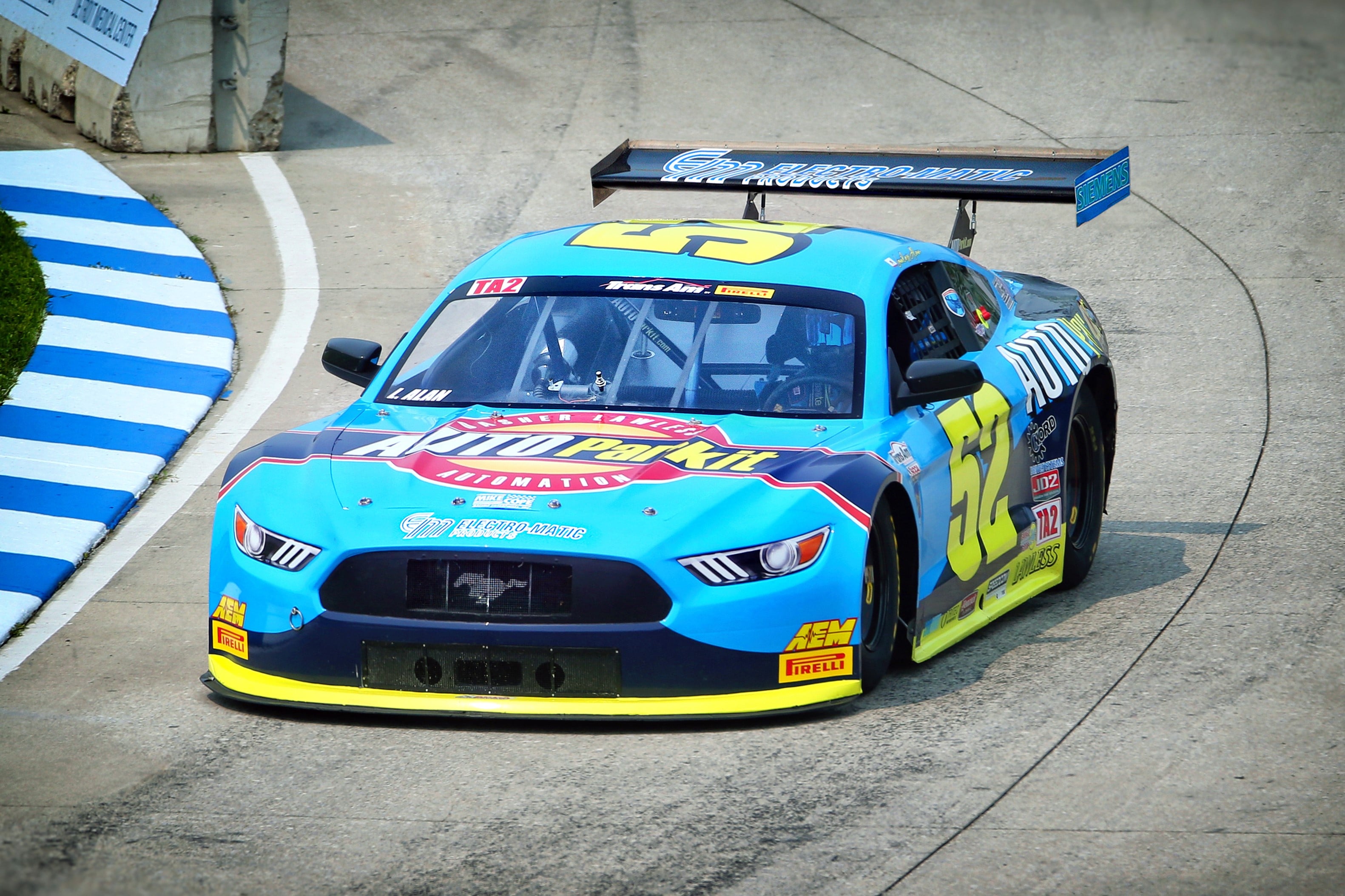 Lawless’s next Trans Am Race is scheduled for August 1st-4th at the Indianapolis Motor Speedway.